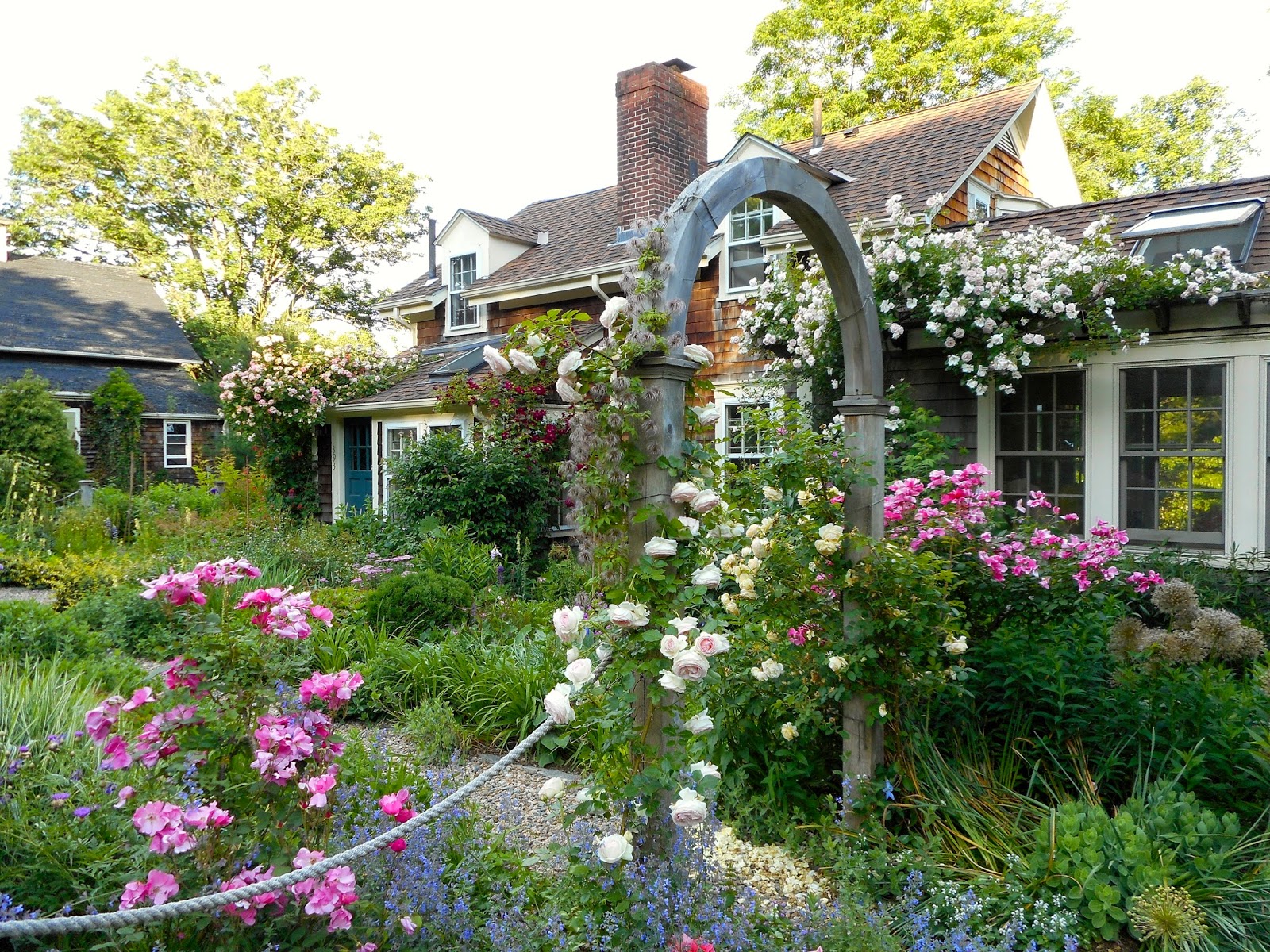 The summer solstice marks the peak of the rose season here in Southern New England. Of course, most of my rose bushes will continue to bloom until frost. Their flowers, however, will be smaller and less abundant as the season progresses and inevitably their aging foliage will lose its glossy sheen. 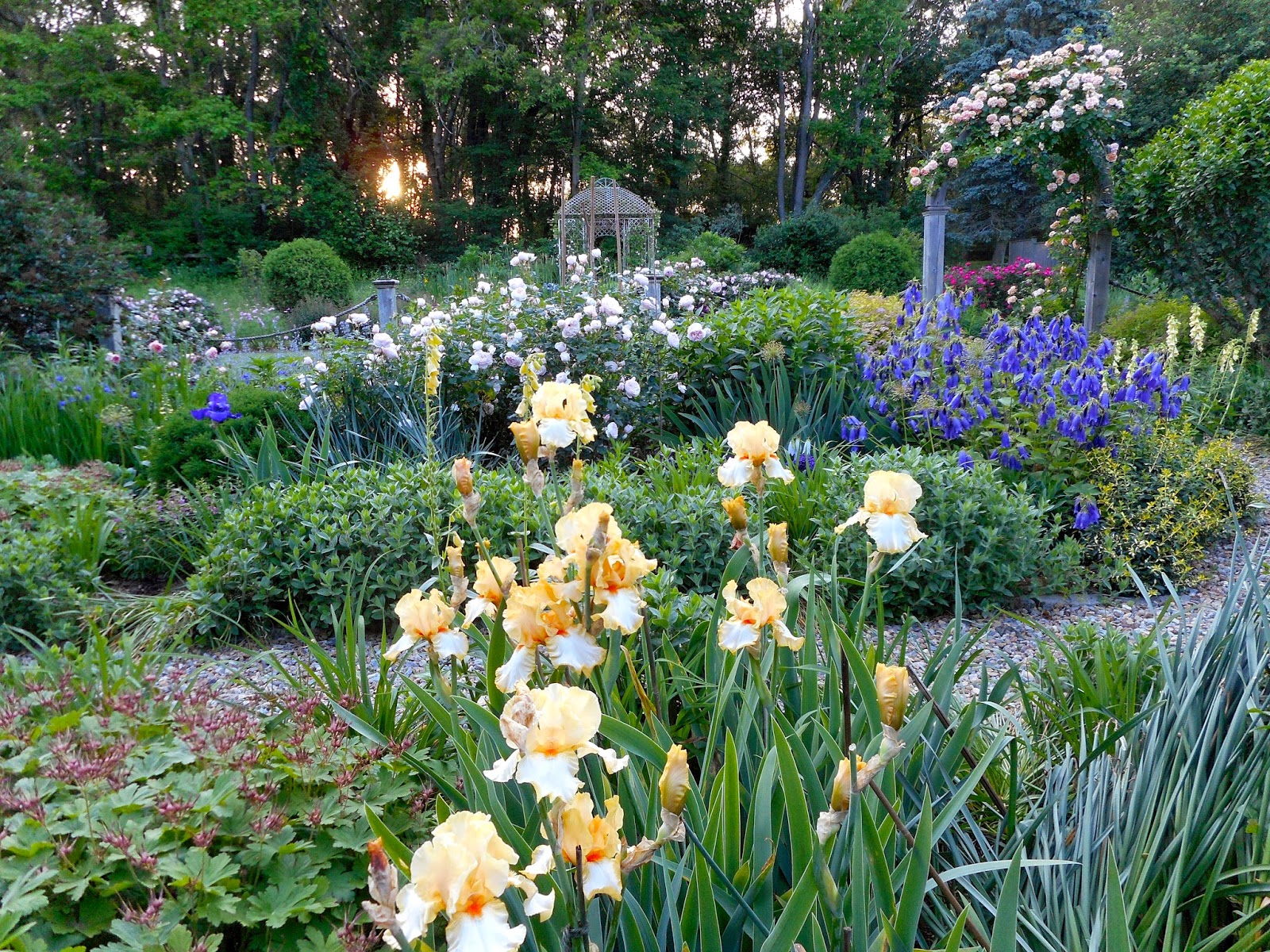 Last year I neglected to feed my rose bushes. This spring, however, I spent an afternoon working a granular rose fertilizer into the soil around the base of each plant and was rewarded with an abundance of bloom. 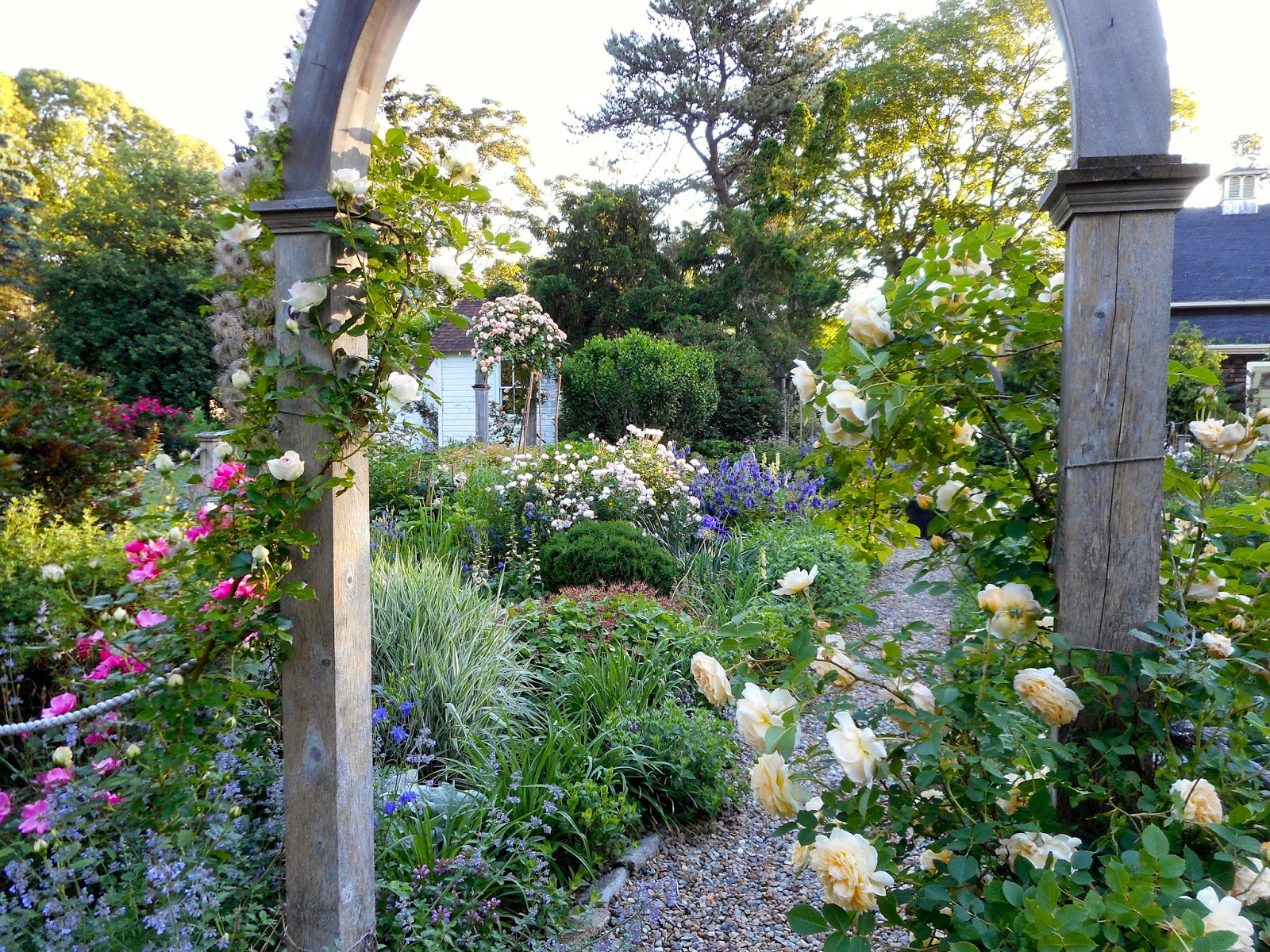 Roses are notoriously heavy feeders and an application of fertilizer just as the first leaves are unfurling can make a huge difference in their growth and subsequent flowering. Many rosarians recommend a feeding once a month, but with all my other chores I never seem to find the time. It's also much easier to apply granular fertilizer in the spring before the garden has filled in. Still, there are many liquid fertilizers on the market today, so I really have no excuse for not following a more stringent regiment of fertilization. 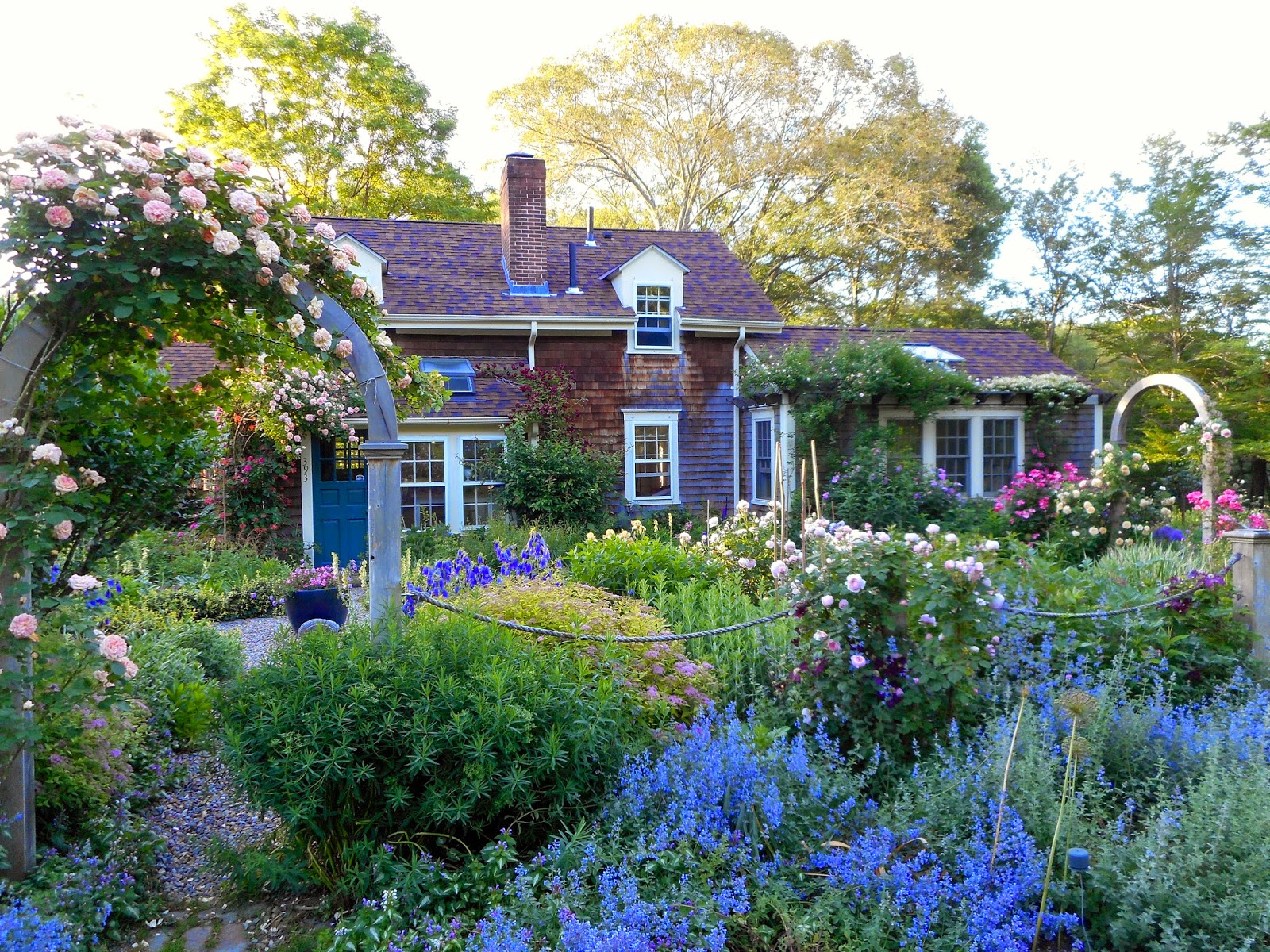 Truth be told I usually turn a blind eye to my rose bushes once the Japanese beetles arrive in mid-July. It's simply too disheartening to watch the rose buds being devoured by hordes of hungry beetles. Thankfully their feeding frenzy subsides in early September along with the oppressive heat and humidity and I always look forward to a crop of fresh flower's in autumn. 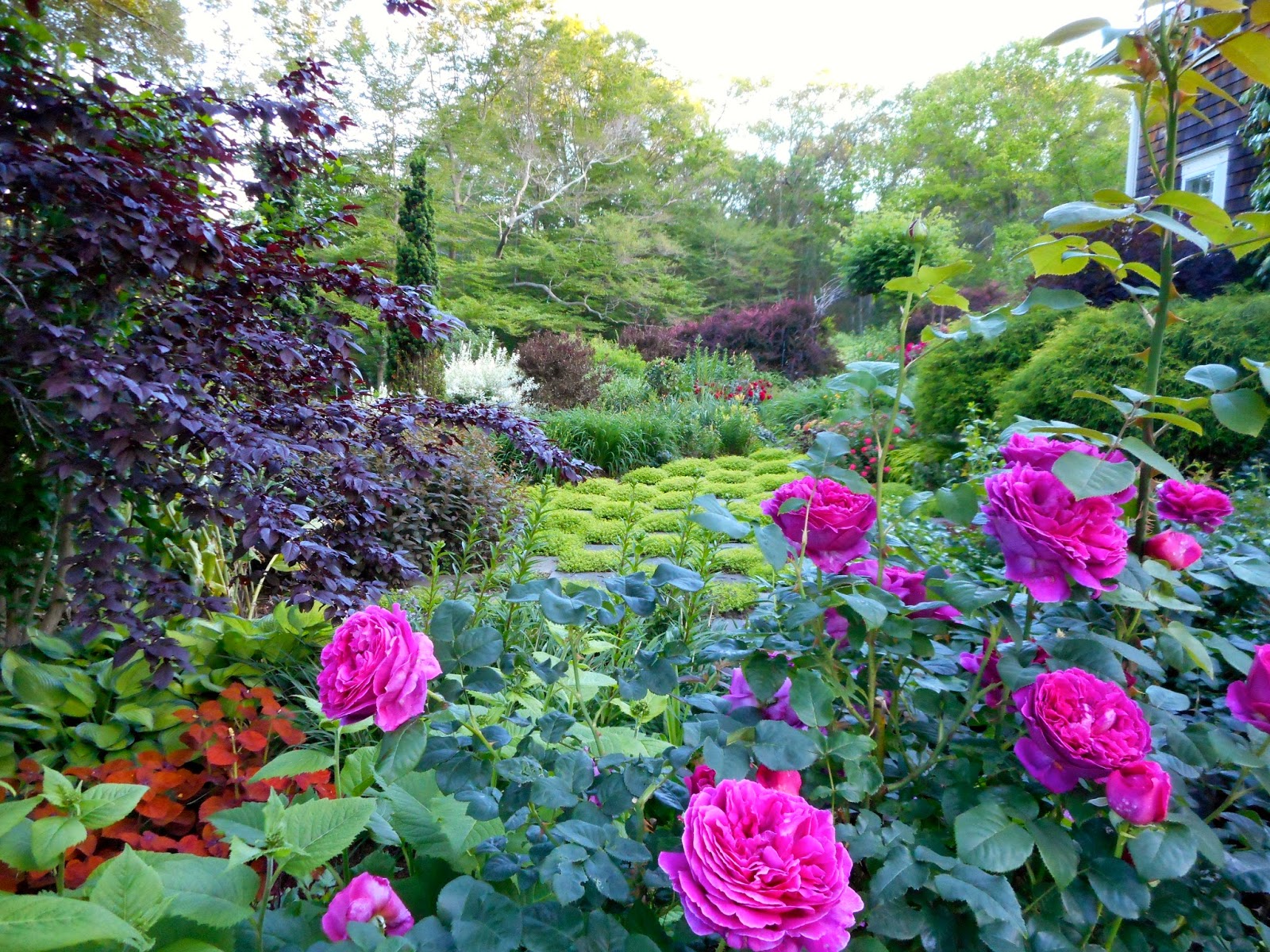 Although I've had no luck with Hybrid Tea Roses, I've had great success with David Austin's English Roses. Othello, the variety pictured above, has thrived in my garden for almost twelve years and it seems almost indestructible. For a satisfying display I generally plant shrub roses in groups of three or five and space them about three feet apart. 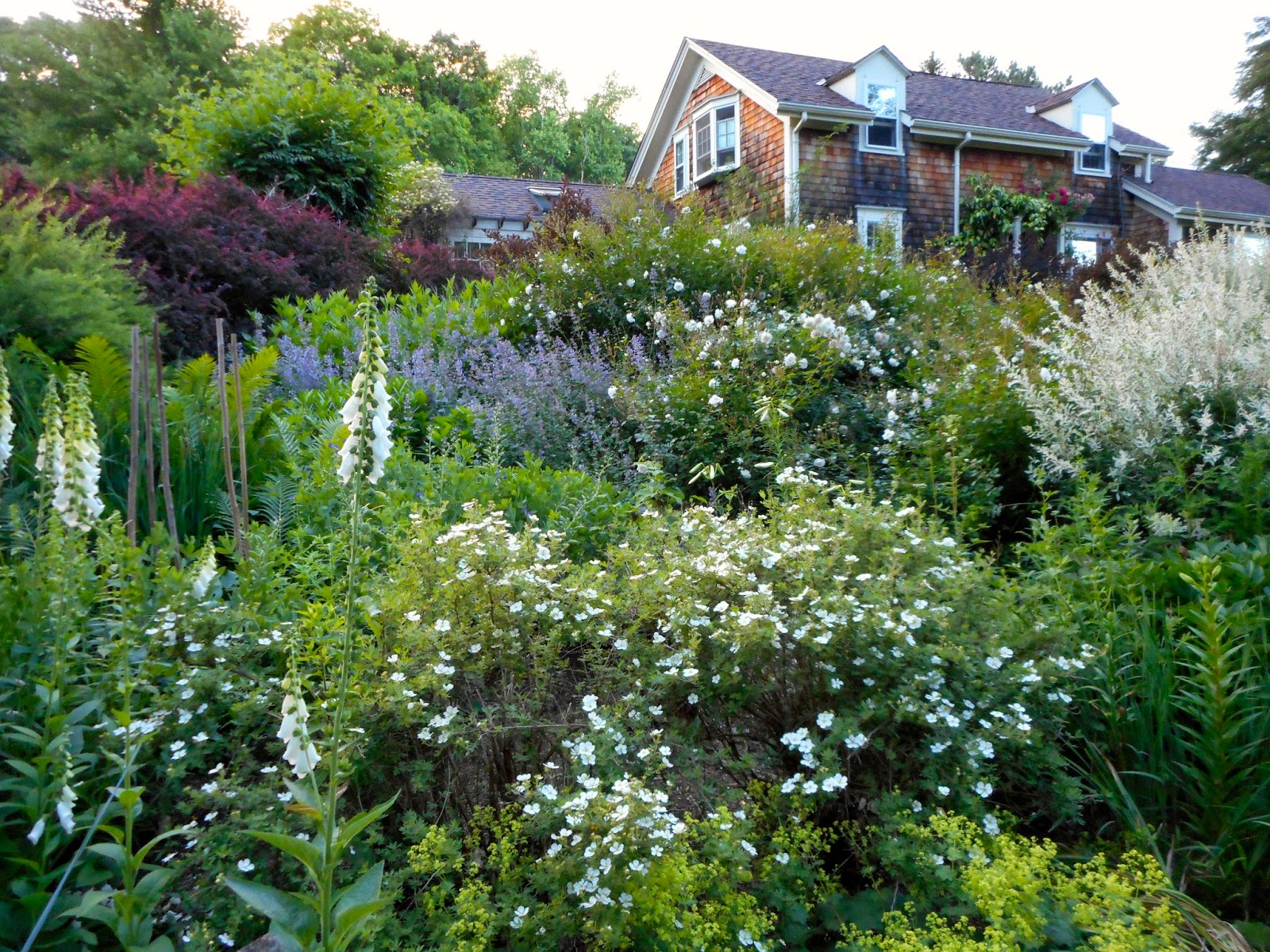 Fifteen years ago I planted eight Sea Foam roses on the slope in my Blue and White garden. The cascading bushes are smothered in clusters of small, white blooms for more than a month each year and throw a few additional sprays when the weather cools in the fall. 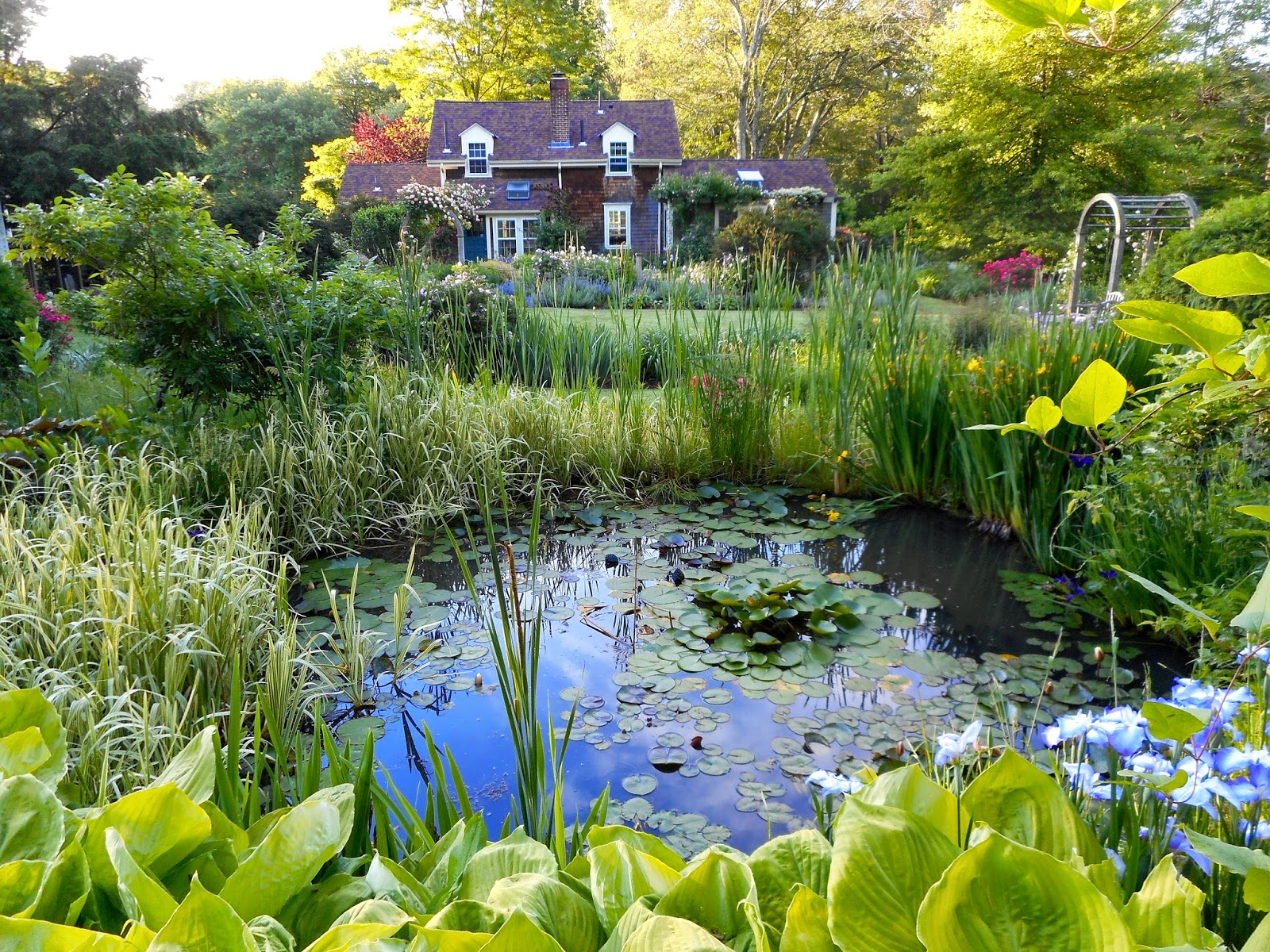 I realize that roses have a reputation for being fussy, troublesome plants. It's true that pruning and feeding them in the spring, not to mention dead-heading the spent blooms later in the season, can be time consuming. Never the less I've found that many varieties are quite easy to grow. For the most part the effort expended is well rewarded. After all, very few shrubs fill the garden with color and perfume for weeks at a time. I for one wouldn't be without their luxurious blossoms or the beauty and fragrance of a vase filled with roses and sweet peas. 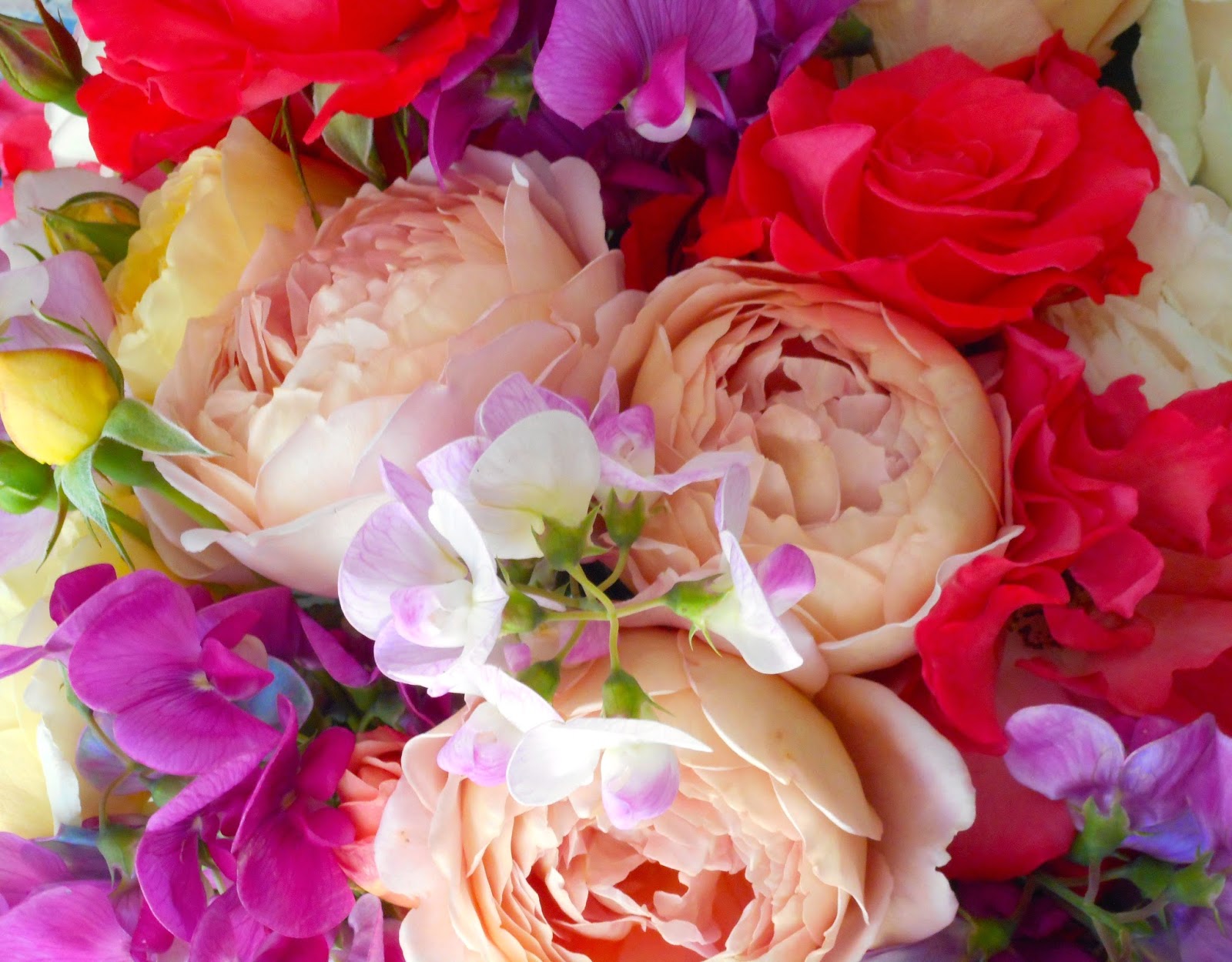 Posted by Andrew Grossman at 8:23 PM