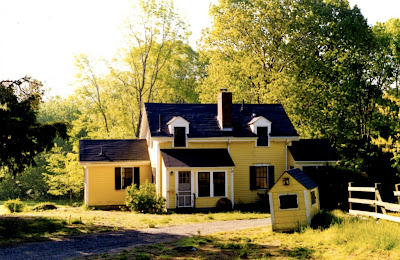 A few months ago an editor at Gardens Illustrated, arguably the best gardening magazine published today, expressed interest in scheduling a photo shoot at my home in Seekonk. Via email he explained that he was searching for a suitable photographer and wondered if in the meantime I would send him a layout of the property. Since I'm a Landscape Designer, he obviously assumed that I had already drafted a plan of the gardens for my own use. The truth, however, is that my design process here has been improvisational, relying more on stakes,twine and unexpected inspiration than the drafting table. 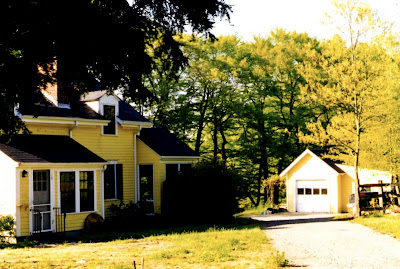 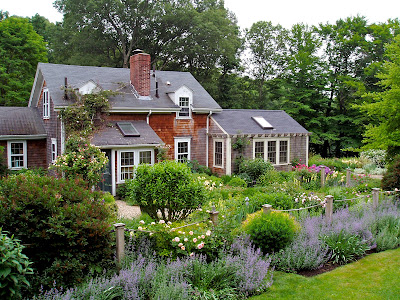 When I set about drawing up a master plan of my property, I recalled how it had looked back in 1998 when I first moved in. At that time the rundown, yellow clapboard house had been surrounded by a maze of weedy paddocks, gravel driveways and dilapidated out buildings. In truth I'd originally been charmed by the beauty of the adjoining wildlife sanctuary with its river and woods not the land which I would come to own. And although I always intended to garden here, I never imagined the extent to which I would transform my single acre or the time, money and energy the process would consume. 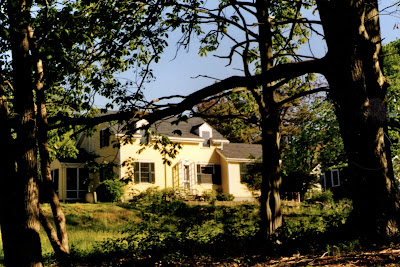 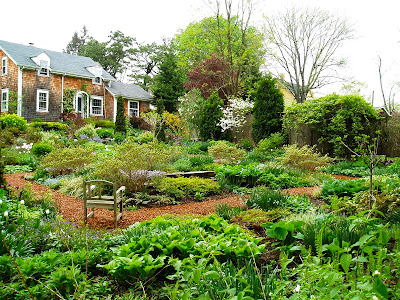 Beginning with the Blue and White garden, which occupies what had formerly been a tangle of brambles and poison ivy bordered by a low rock wall, I eventually worked my way around the house removing and installing driveways (more than once), tearing down garages, taking out paddock fences and turning field to lawn. In my profession time for contemplation is an uncommon luxury and in hindsight it's obvious that each new garden influenced the character of subsequent features. As I finished my master plan I realized how much knowledge I had gained during the past decade and wondered what the property would look like today had I designed it in one fell swoop. 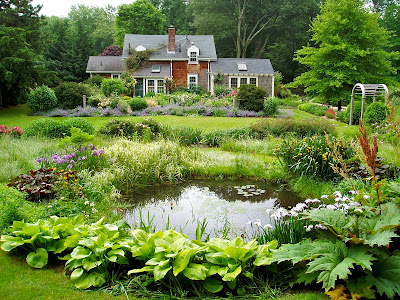 So what's next? Well to be honest, I'm not sure that I can handle more maintenance. After all, I have a job and it would be nice to have time for a bit of a social life. Still, lately I've been fantasizing about building a rockery in the slope near the river and I'd love a rustic summerhouse with a fireplace and a hammock somewhere behind the urn that marks the end of what will be a rose garden this year. 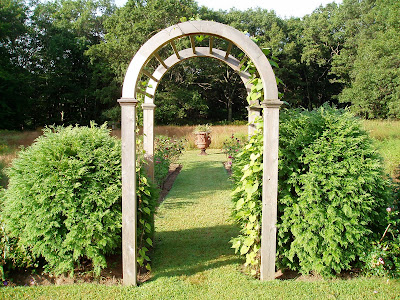 As for Gardens Illustrated, I'm still not certain that they're coming this summer, but if they do you'll be the first to know.
Posted by Andrew Grossman at 6:40 AM 3 comments: