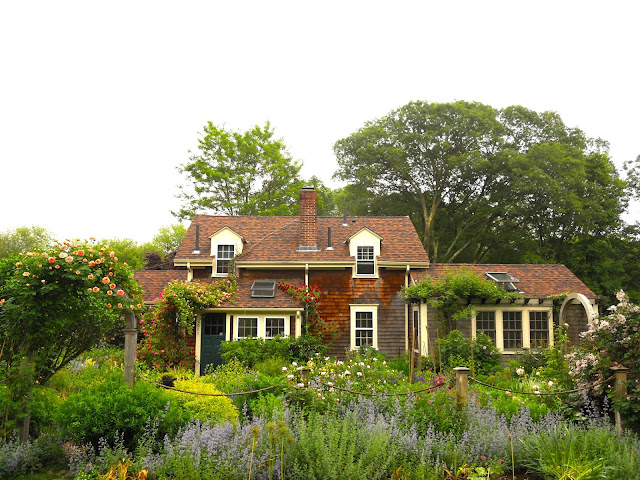 Last fall I was contacted by a home owner, who had decided that it was finally time to renovate his family's back yard. He mentioned that the parcel of land was quite small. Never the less, when I arrived for our initial consultation, I was more than a little surprised to find nothing but a rotted timber wall and a chain link fence framing a narrow piece of land completely covered by driveway gravel. 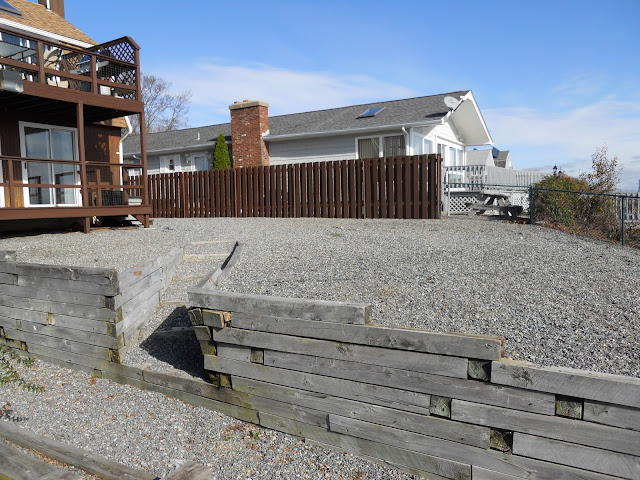 Even more surprising was the fact that this sadly neglected piece of property had a spectacular view of the the bay. 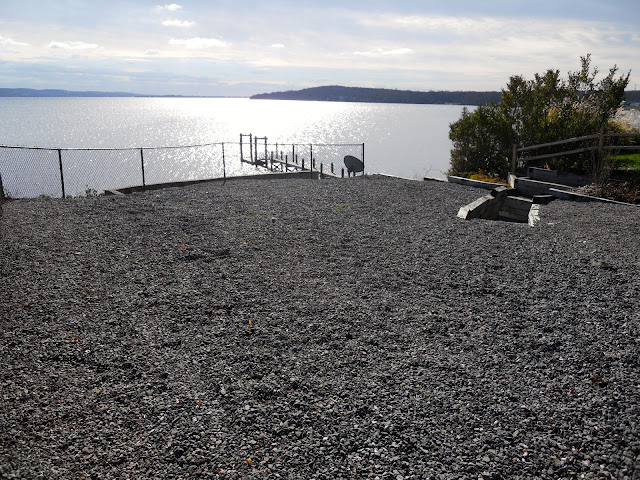 During out initial meeting the client and his wife explained that they needed a place to socialize and wanted to break the sloped piece of property into three or four different levels. It took a bit of negotiating, but I finally convinced them that the space was too small to accommodate more than one main level. Once we were in agreement, I measured out the property and returned to my drafting table. After playing with a number of different options, I decided that a circular patio would compliment the view of the bay and make the best use of the narrow space. 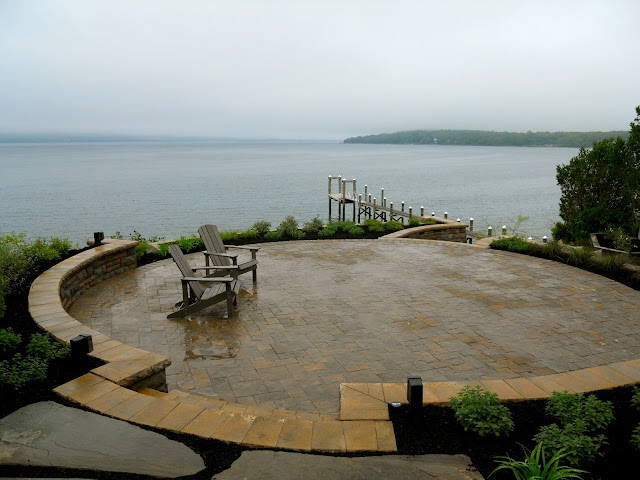 Initially I was a bit torn as to the size of patio. Ideally I would have left a bit more room for plantings, but the client wanted as much space as possible for socializing. I often remark that no one ever complains that their patio is too big. Heeding my own advice, I finally decided on a twenty-seven foot diameter circle. 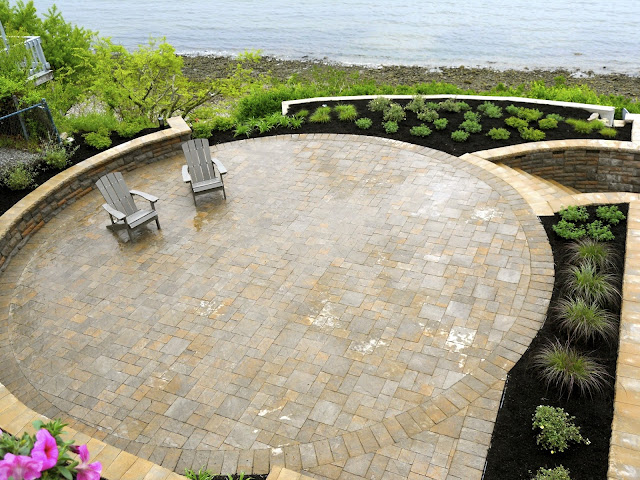 Both the patio and retaining walls were constructed out of prefabricated cement products. I'll admit that I wasn't a big fan of faux stone walls and pavers when they first appeared on the market. Recent improvements, however, have resulted in some pleasing options. Cement products are also much less expensive and easier to install than natural stone. 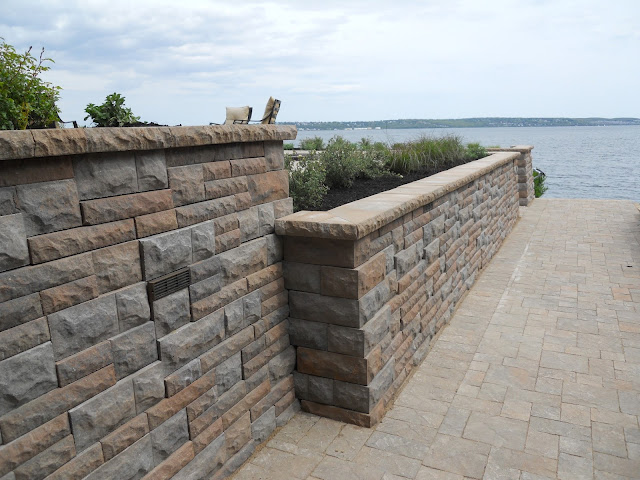 Certainly this wall and walkway is a vast improvement over the original gravel and timber construction. Since the client wanted predominantly summer color, I planted the beds with a mixture of some easily grown  favorites; potentilla, grasses, daylilies, nepeta and fairy roses all of which should fill in nicely by the end of the summer. 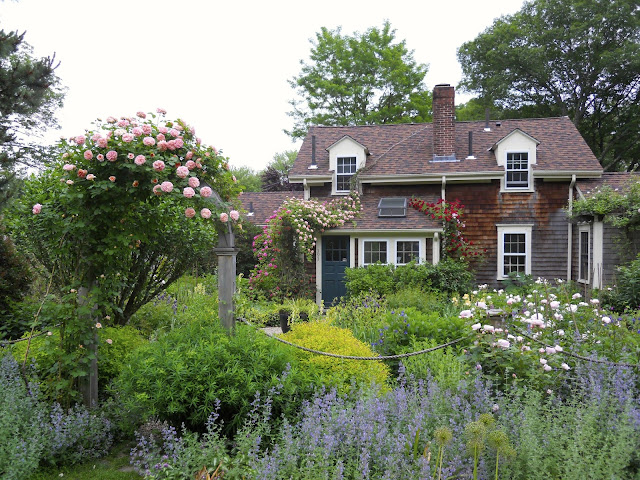 As you can see from the first photo in this post and the one above, it's rose season here in Seekonk. While many of my roses bloom repeatedly throughout the summer, this first display is undoubtedly the best. Unfortunately, a week of drenching rain browned some of the blooms. Today, however, the sky is clear and I'm looking forward to a week of sunshine and temperatures in the 70's.
If roses could smile, they'd be grinning right now.
Posted by Andrew Grossman at 8:21 AM 5 comments: