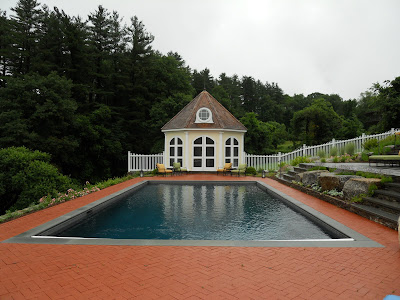 Some of you may recall that more than a year ago I embarked on an extensive swimming pool project for a client in Wilton, CT. The house, which overlooks a reservoir,was built on a steep slope. 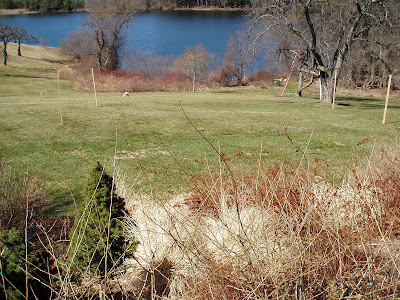 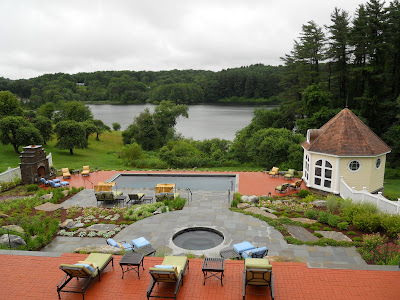 Accommodating the pool, spa, cabana, fireplace and patios required moving the existing leach field and terracing the hill. By placing a four foot high stone wall below the swimming pool patio I sidestepped the town's fence requirements and preserved an unobstructed view of the reservoir. 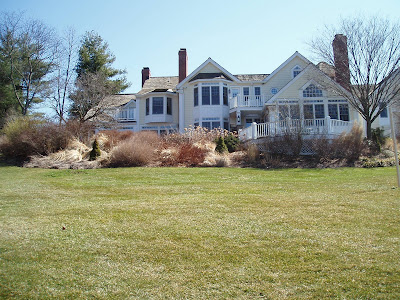 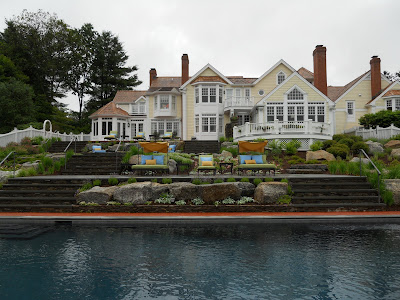 To minimize the need for additional walls I set large boulders into the slope to create a rockery. 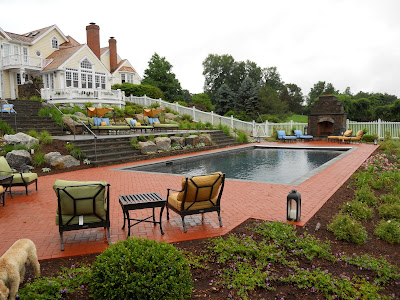 The garden is planted with broad swaths of roses, nepeta, grasses, hydrangeas and other low maintenance summer blooming shrubs and perennials. In a few years the plantings will soften the hardscaping and create a lush, billowy effect. 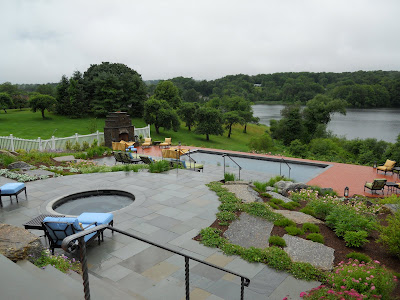 The spa, which can be used year around, was purposely sited below the upper patio close to the house for easy access during the winter. 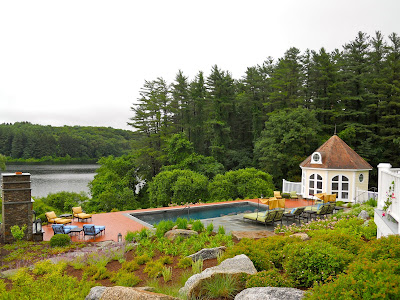 Although the installation of my design was delayed by town bureaucracy and red tape, construction was finally completed in June. To celebrate my client hosted a wonderful pool party at the beginning of July. 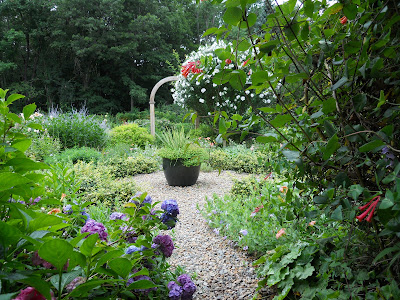 On the home front the gardens here in Seekonk are settling into the dog days of summer. Phlox, oriental lilies and hydrangeas predominate and the rose of sharons are in full bloom. 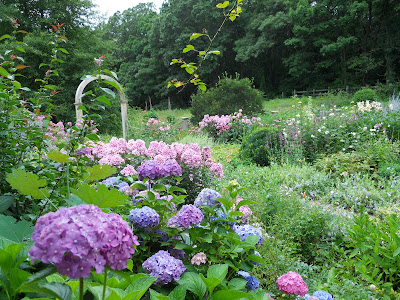 I've been spending a good deal of time dead-heading and weeding. 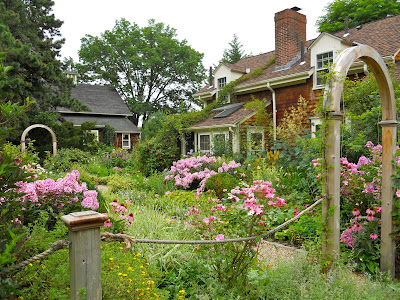 The Japanese beetles appeared right on schedule but haven't been terribly destructive so far. 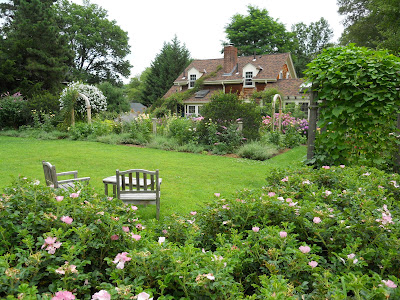 I'm still waging a losing battle against snails. But after a conversation with a friend, whose garden had been mowed to the ground by rabbits, I decided to count my blessings. 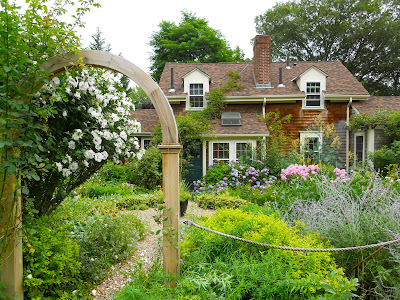 After all, snails are easy to catch. And while It's true that their constant feeding disfigures leaves and flowers, it rarely results in mortality. 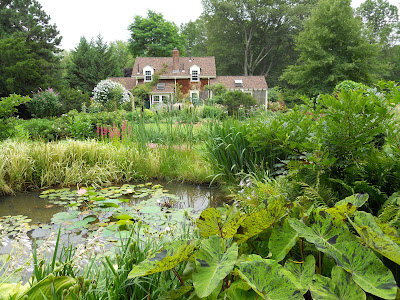 I'm thrilled with the mottled leafed Colocasia Mojito that I planted by the pond to replace the ornamental rhubarb that mysteriously died. Colocasia's enormous tropical leaves are quite dramatic and plan to dig up the tubers in the fall. Hopefully they'll winter over along with my dahlias in the crawl space below my office. 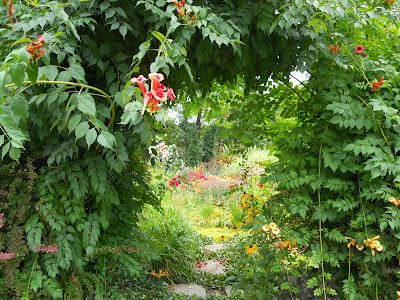 Although I'm fond of Campsis Radicans' orange and yellow trumpets, I'm growing tired of pulling up the countless seedlings that sprout all over the garden. Still, the hummingbirds would never forgive me if I tore the vines out. 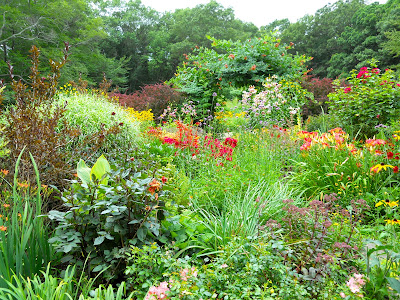 With the onset of summer weather the hot colored garden is really heating up. 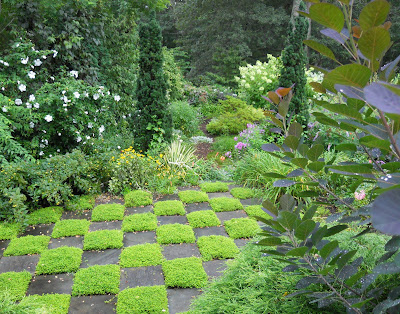 Meanwhile the Blue and White garden is cooling down. 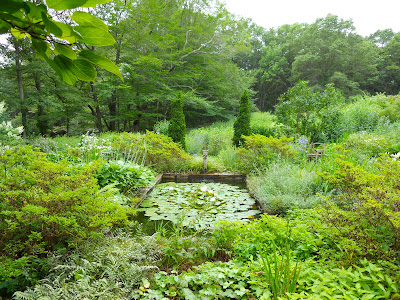 I've decided that dusk is my favorite time to view the garden. The shadows mask
the imperfections; the brown leaves, the spent flowers, the crab grass, the stems that need staking, the bare spots that need filling. When the sun has set it's easier to enjoy the big picture and the sweet fragrances that perfume the air.
Posted by Andrew Grossman at 6:35 AM 7 comments: