War of the Roses 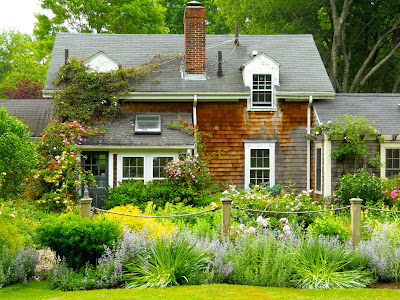 Earlier this spring I noticed that my rose bushes, many of which I've had for a number of years,were barely leafing out. I mentioned the problem to a gardening chum who promptly diagnosed the problem. "You probably have winter moths," she announced with an ominous lift of her brow. After doing a bit of online research I discovered that winter moths have recently appeared in New England and are currently munching their way across Massachusetts. The prodigious damage isn't actually caused by the moths, but rather their inch worm-like caterpillars. These voracious pests are pale green and quite tiny, which explains how I originally failed to notice them. I tried wiping them out with neem oil, an organic pesticide, but my efforts barely slowed their destructive pace. Hoping that eventually the caterpillars would stop eating to spin their cocoons, I gambled that my rose bushes would probably recover once the attack subsided. I soon realized, however, that the caterpillars were eating not only my roses, but my crab apple trees and flowering plums as well.In fact they appeared to be eating just about everything. While I had resigned myself to a year without roses, I couldn't stomach the prospect of having my entire yard denuded. 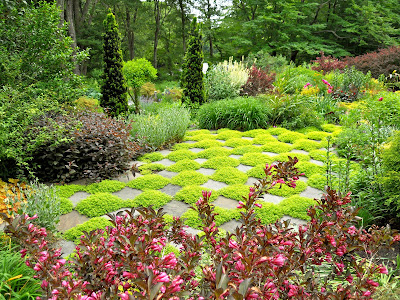 A few years ago I waged a war against a groundhog that was rapidly mowing my garden to the ground. Each morning I'd discover another prized clump of phlox or some other glorious treasure reduced to a broken tangle of chewed stems. Over a period of weeks I exhausted every humane remedy I could think of; clumps of dog hair, moth balls, various foul smelling repellents, and a havahart trap, which succeeded in catching an opossom. I even hired a professional pest removal company to no avail. Finally, after searching online, I ordered some snares and caught the creature in less than twenty-four hours. I won't regale you with the gory details, but suffice it to say that my final showdown with the groundhog was not an experience I care to repeat. Having faced down a marauding groundhog, I wasn't about to let caterpillars destroy my entire garden. Last month in an act of desperation I called my arborist and had him spray my property. The proximity of my two lily ponds and the adjacent river severely limited his choice of pesticides as many are lethal to fish and other aquatic creatures. I believe he settled on a horticultural oil, which is less toxic than other chemicals. Although I felt terribly guilty about calling in a chemical arsenal, his spraying did the trick. As you can see from my photographs the gardens rebounded nicely and the roses this year are more lovely than ever. 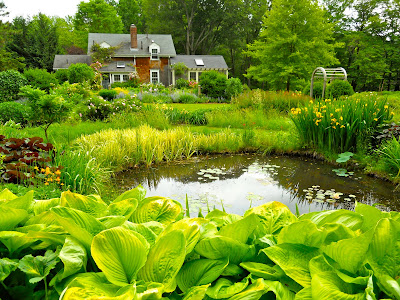