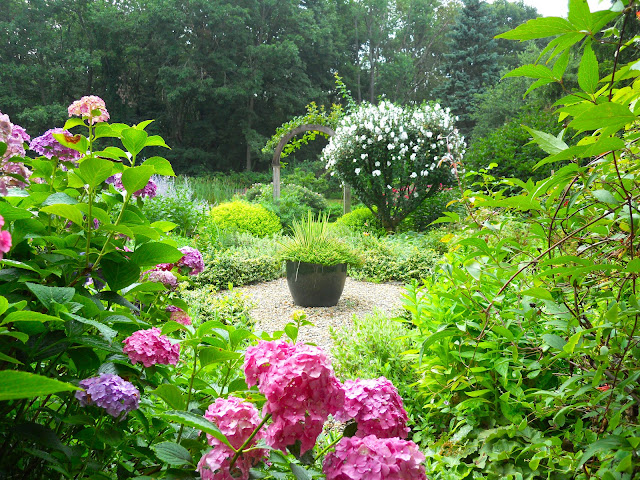 Some of my readers may recall that a year ago I received a commission from an English couple that had recently relocated to Scituate, MA via the Middle East. Their new property included a seasonally marshy area and a water feature that had fallen into disrepair. 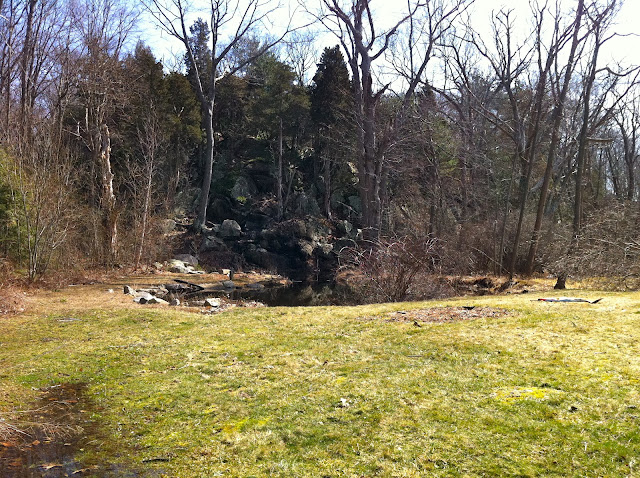 During our initial consultation my clients expressed interest in replacing the broken pump system that had previously produced a waterfall. In addition I suggested that we redesign a large area of lawn, brambles and weeds surrounding the pond. Sharing their countrymen's famed fondness for gardens, they readily agreed. 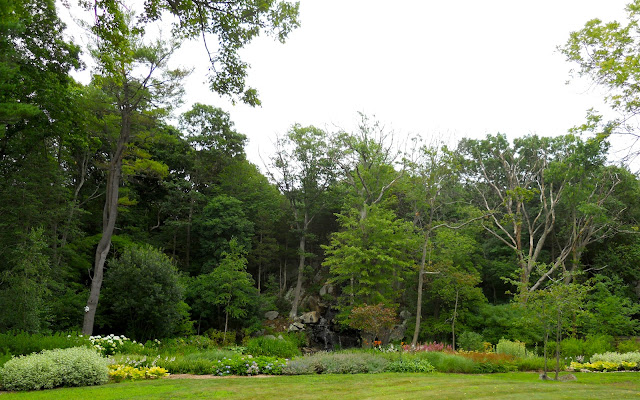 It has been a little more than a year since we embarked on the transformation and the new plantings are flourishing. 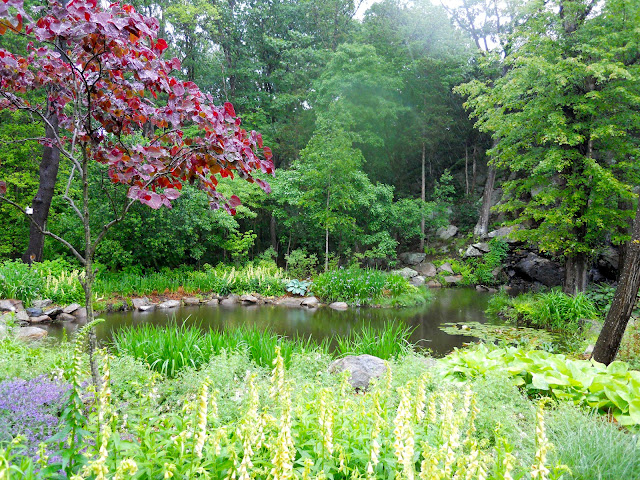 For this large new garden area I selected plant material that can tolerate consistently damp to marshy conditions as well as periods of dryness. Due to one or two miscalculations involving seasonal moisture some of the plants had to be rearranged following the initial planting and my clients subsequently revamped a drainage system to accommodate the heavy downpours that often flooded the low-lying areas. For the most part, however, the plants have settled in quite nicely. 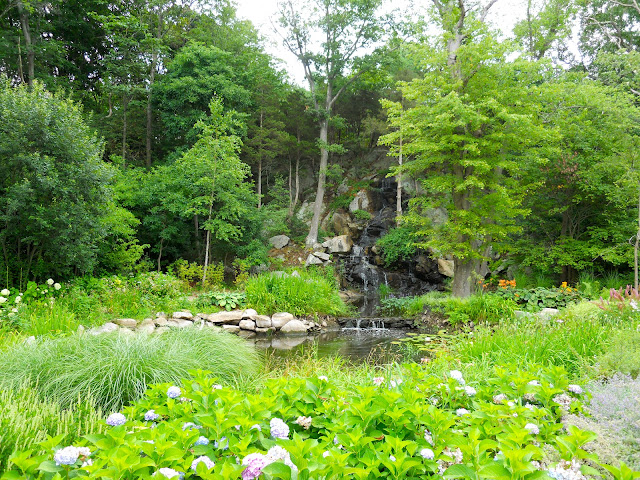 Beginning with Japanese Irises in the spring, the garden is in bloom until frost and the red stems of Cornus Ivory Halo along with the berries of Ilex Verticillata provide winter color.


Additional plantings include hydrangeas, clethra, swamp azalea, viburnums and a host of perennials such as astilbes, hostas, foxgloves, grasses, daylilies, physostegia and chelone. 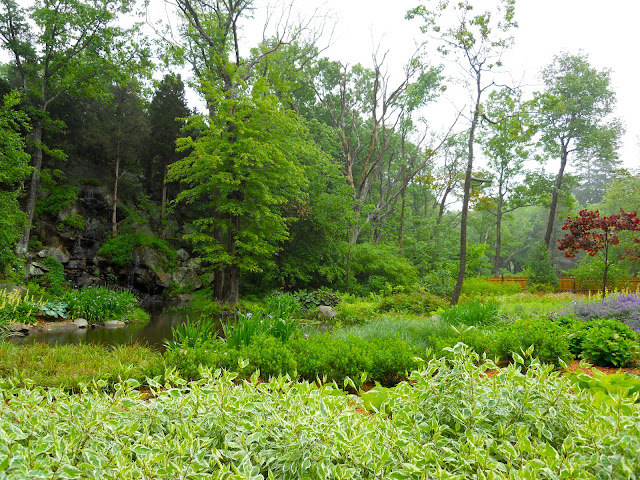 I installed the various species in large drifts to give the final composition a naturalistic appearance that complements the pond and a dramatic twenty-foot waterfall. One might assume that having completed such an extensive project, my clients would take a moment to  rest on their laurels. This summer, however, they decided to revamp the front of their house as well. 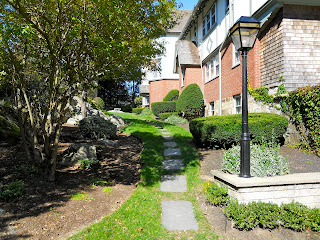 My clients had their hearts set on a flower-filled front yard reminiscent of a classic English garden, a choice that I thought perfect for their lovely Tudor home. My first challenge, however, involved coaxing them to remove the narrow strip of lawn that bisected the front yard. 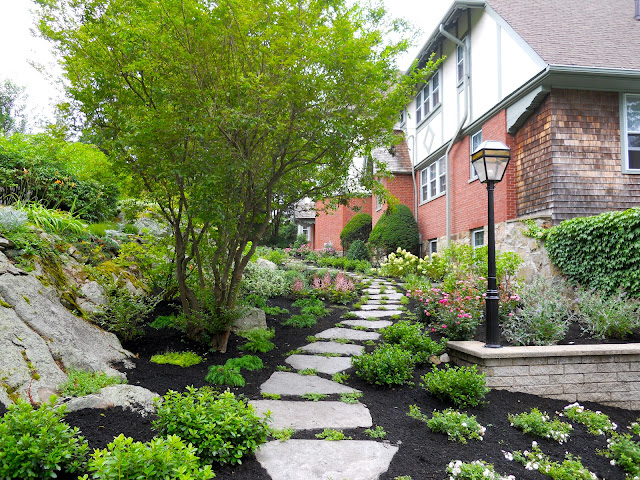 To keep the overall maintenance to a minimum I suggested that we choose primarily flowering shrubs and roses rather than more labor intensive perennials. I also swapped out the rectangular bluestone steppers and installed a path of rustic, irregular field stone. 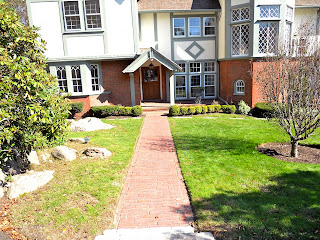 For a touch of formality I lined the front walkway with Ilex Crenata ( a boxwood look alike) underplanted with silvery lambs ears, which should fill in nicely over time. 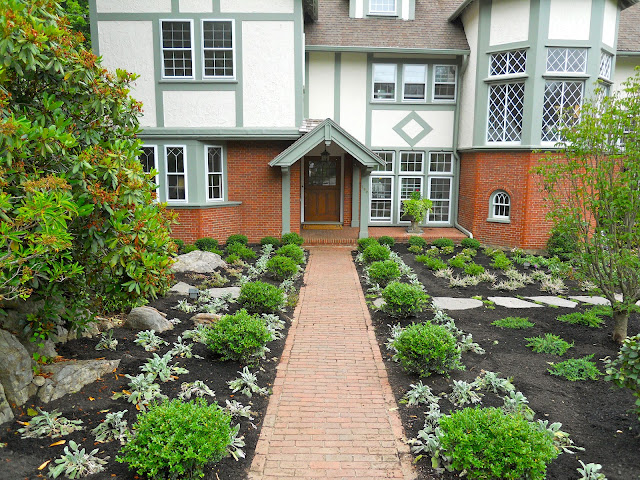 Although newly installed and recently battered by torrential rain when these photographs were taken, I'm looking forward to seeing the plantings mature. In a year or two I'm confident that the soil will no longer be visible. Instead the front walk will be awash in dark green, silver, pink and white. 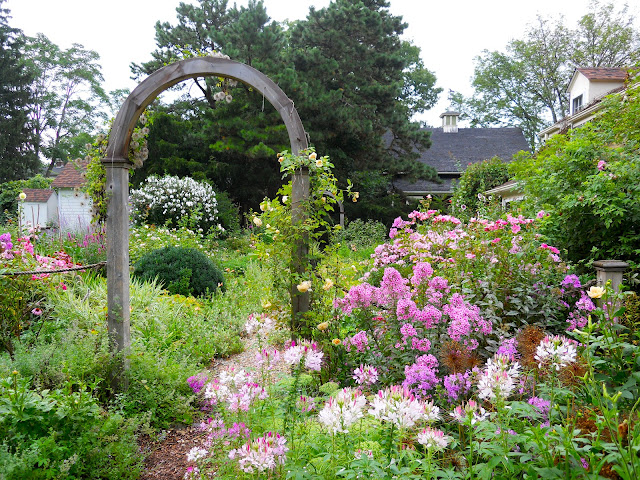 On the home front, my gardens here in Seekonk are muddling through the dog days of summer and I have embarked on a new project. I am currently hosting a television show for a local cable station. The series entitled "In The Garden" is taped at my home and currently airs in southern MA. If you live outside of my area and would like to watch an episode or two google Seekonk Channel 9 and select schedule. You should be directed to the station's website. Select ON DEMAND and type in "In The Garden". You will be able to watch current and future episodes on your computer. 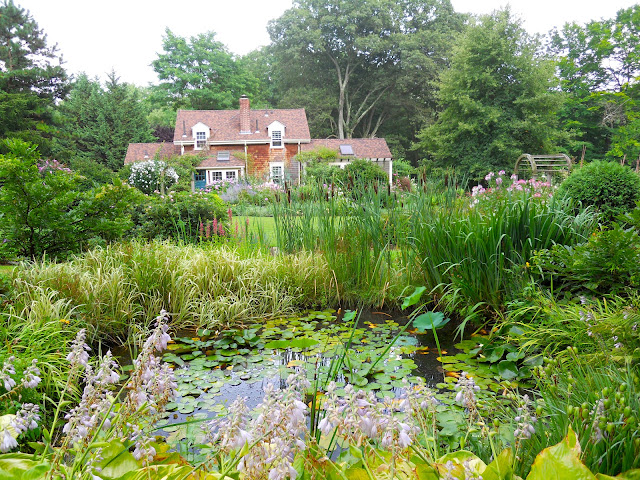 So far I have shot four episodes and plan on filming at least two more before the end of the season. It's a fun and challenging endeavor and I welcome your comments and feedback. Who knows, perhaps my series will be picked up by a larger network. 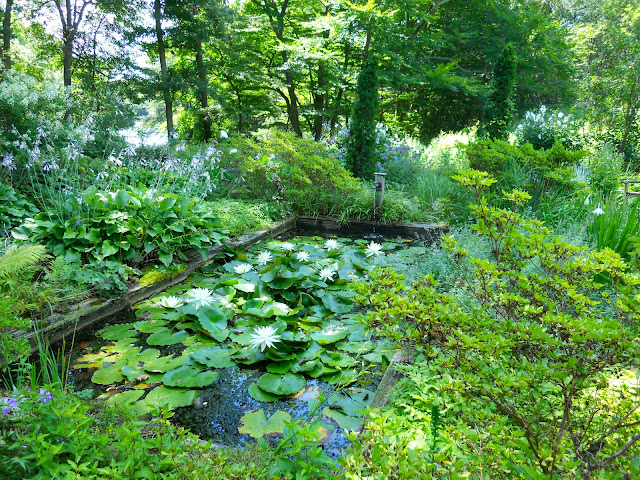 In the meantime, I'm honing the skills I cultivated in my twenties while pursuing a career as a dancer/performer in New York City. I guess that like the seasons, things have a way of coming around again. 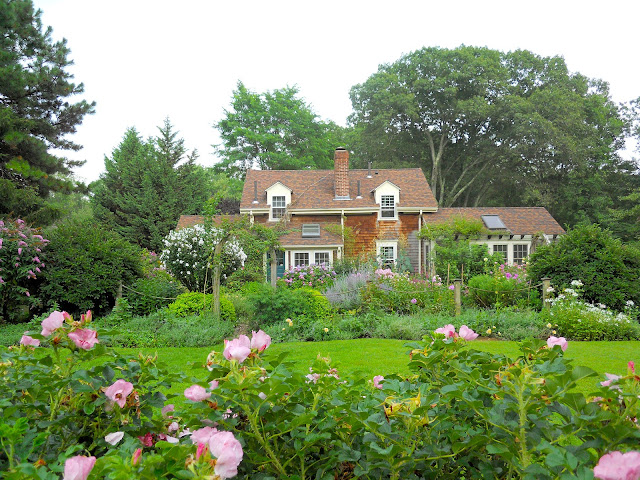