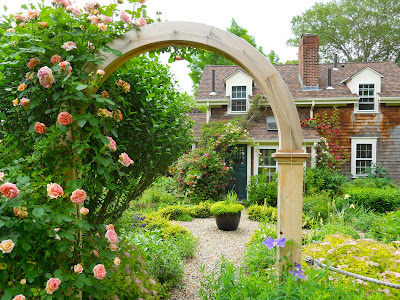 On Saturday June 18th I opened my garden in Seekonk to the public. The tour was part of the Garden Conservancy's Open Days Program. GC's Open Days take place rain or shine and I had been checking the forecast somewhat obsessively for at least a week prior to the big event. Showers drenched the garden on friday, but luckily I had mowed the lawn and finished the majority of my last minute preparations on thursday. On friday night, however, I lay in bed listening to a torrential rainstorm and wondered if my weeks of anticipation had all been for naught. 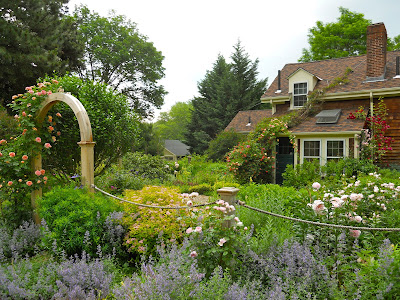 I awoke at the crack of dawn to a gray sky. Although some of my more fragile roses had shed their petals overnight,the garden didn't seem much worse for wear. By nine o'clock the haze had cleared and the remainder of the day proved to be sunny and warm,perfect weather for a garden tour. 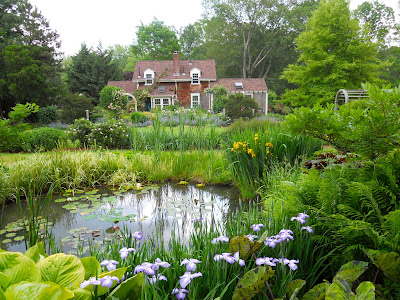 Pruners in hand I spent the early morning hours trimming spent blossoms and marred leaves. As I worked I eyed all of the flowers that had yet to open and couldn't help wishing that the tour had been scheduled for the following week. 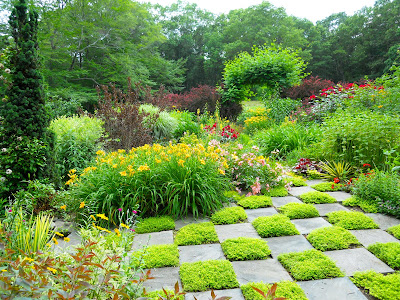 Shrugging off a nagging sense of regret, I reminded myself that the success of a garden depends primarily on its "bones". The flowers are merely the icing on the cake. And while an abundance of blossoms may distract the viewer from errors in structure or proportion, petals alone will not a beautiful garden make. 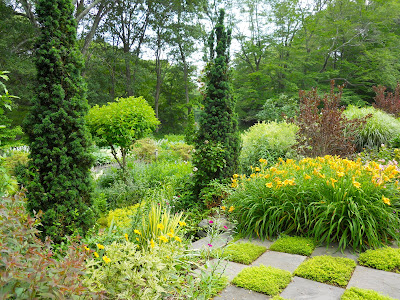 The first guests arrived just before the official ten o'clock opening and over the course of the day I greeted more than one hundred and thirty people. Without exception all of the visitors were gracious and enthusiastic. And to my surprise, by late afternoon not a single stem had been trampled. 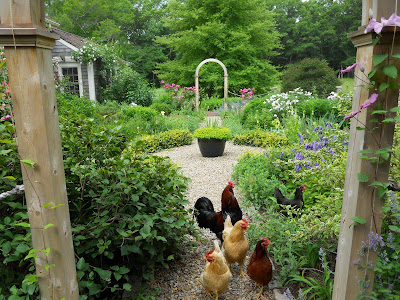 I noted with some amusement that a few of my guests were as captivated by my chickens as they were by the gardens. I acquired the birds at the Swansea Farm Auction, a somewhat anachronistic event that takes place each week in the neighboring town. I had hoped that the chickens would feast on the plague-like multitude of snails that continue to ravage my plants and with great determination I outbid my competitors for my little flock. Not surprisingly my choices were a function of aesthetics. Alas, as with many pretty things, my chickens haven't proved to be very functional. They don't lay many eggs or eat many snails, but they are fun to watch. 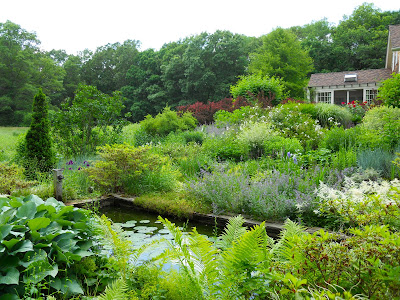 Spending the day in the sun greeting guests and answering questions was more tiring than I had expected. Nevertheless when the last of the late arrivals departed at six o'clock, I mentioned to a friend that the weeks of preparation had been well worth the effort. When she asked me what I planned to do the next day I replied in all seriousness "Well, I won't be working in the garden, that's for sure!" 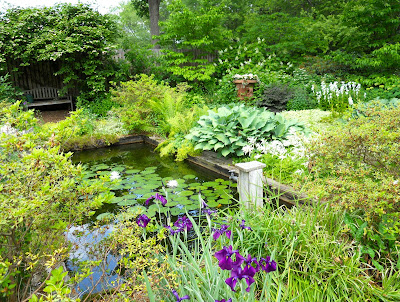