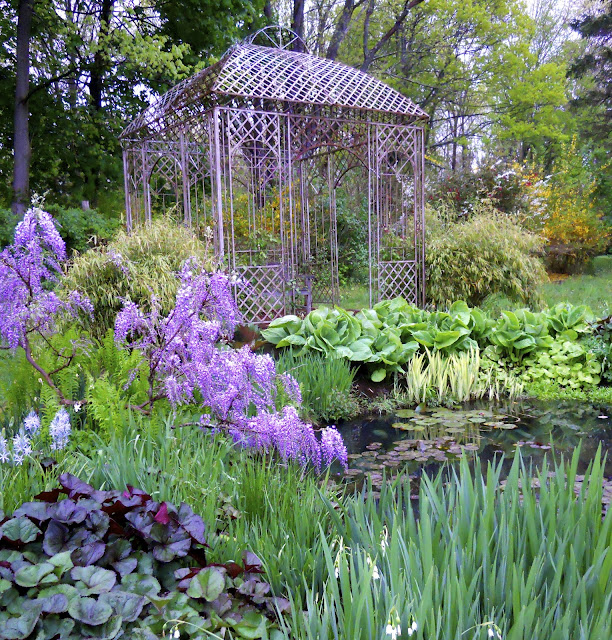 It should come as no surprise that I've been greatly influenced by a visit I made some years ago to Monet's famous gardens. Giverny's iconic wisteria covered bridge inspired the pair of wisterias that flank my farm pond. I dug the plants up in the woods behind my house where they were languishing in the shade and have been training them as small trees or "standards". When grown in this manner their rampant twining habit is more manageable and they're quite easy to maintain. Last spring a late frost damaged their blossoms. This year, however, they are literally dripping with flowers and I'm quite pleased with the effect 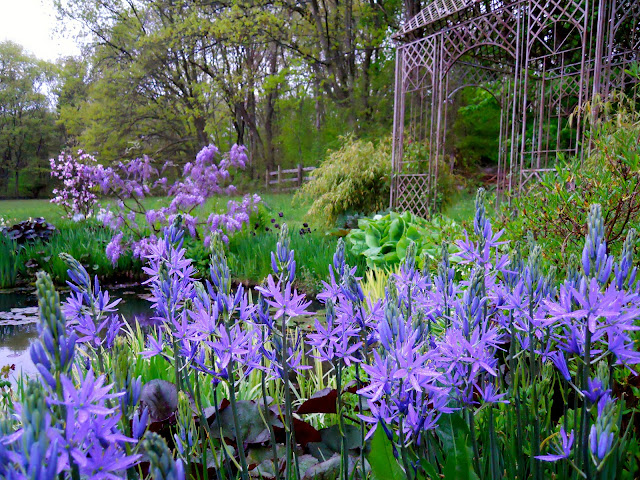 The upright, dark blue flowers of Camassia Coerulea, a moisture loving hardy bulb, complement the wisterias drooping racemes. Camassias come in shades of blue and white and range in height from fifteen to thirty inches. I find them pest free and nearly indestructible. They bloom with the last of the tulips and daffodils, which makes them a great addition to the late-spring garden. 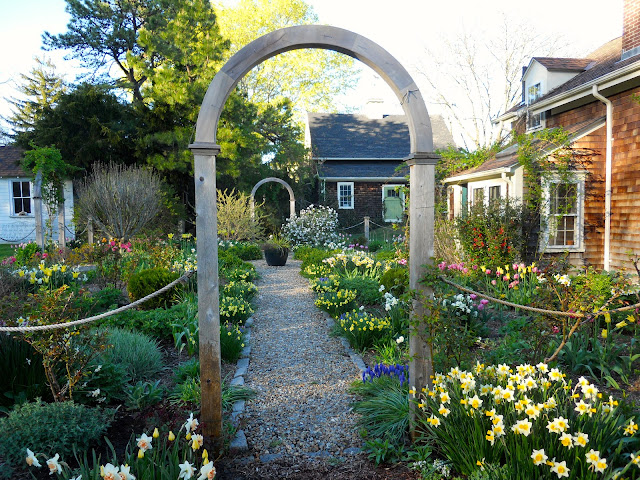 During a recent spate of consulting work, I've visited a number of properties plagued by the same problem, too much variety. This common mistake invariably creates an unsatisfactory, visual jumble. It bears repeating that when it comes to landscape design, bold groups of a single species are preferable to a hodgepodge a different plants. While I realize that it can be hard to edit one's desires, restraint and repetition are the keys to a successful landscape. 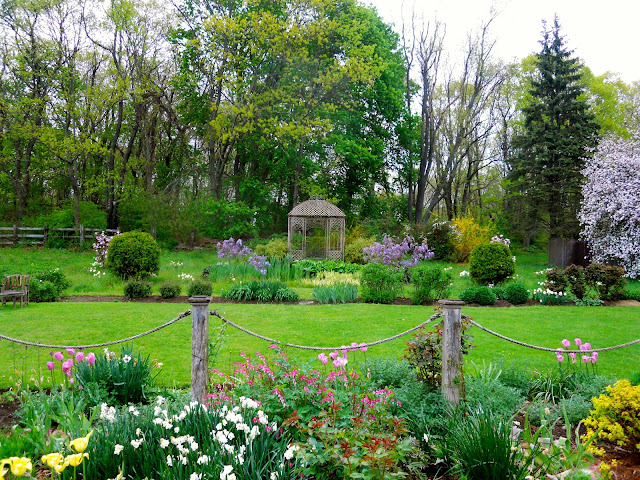 Unless I want to frame a view, as with the Arborvitae balls and Wisterias pictured above, I almost never plant just two of something and a single specimen is best used as an accent or focal point. The misuse of pairs or singles invariably creates visual clutter. The same might be said of rows. Whether tall or short, straight or curved, rows of plants act like a frame,separating areas within the landscape.Unless they serve a purpose such as framing a walkway or a particular garden area, random stripes are best avoided. 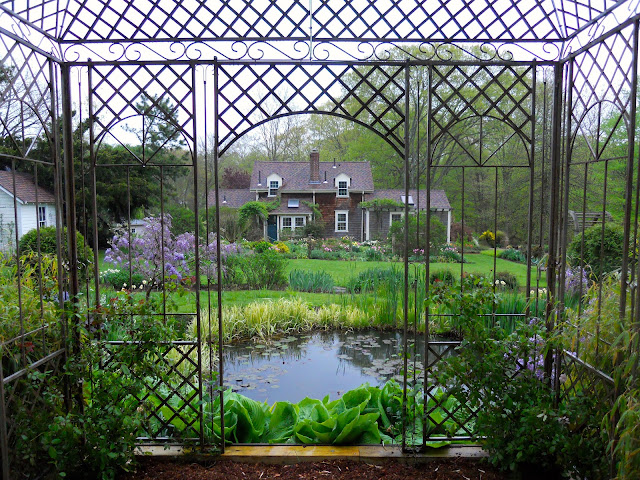 We're finally getting some much needed rain here in Seekonk. The precipitation is quite a relief as I've been running my irrigation for the past two weeks and a dry, dusty spring doesn't bode well for the garden. On a celebratory note this is my 50th post, a milestone on sorts, and I want to thank my readers for their comments and support!