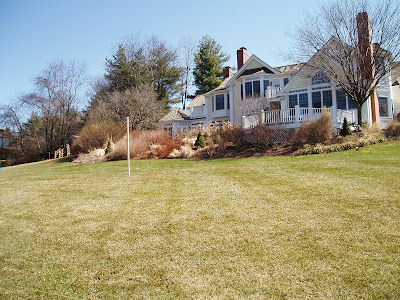 At about this time last November a client, for whom I've worked for a number of years, approached me about designing a swimming pool for her home in Wilton CT. Of course I jumped at the chance even though the site posed two challenging problems. The first concerned her property's steep grade and the second, which proved to be an even more daunting issue, involved an adjacent reservoir. 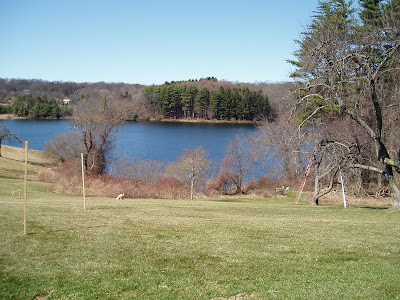 The proximity to a wetland area combined with the precipitous slope leading up from the water negated the usual setback regulations. In other words the Wilton Wetland Commission essentially controlled the entire property. I won't regale with the sordid details of the permit process. Suffice it to say that I would have liked to give a piece of my mind to the members of that commission, but sometimes it just isn't possible to speak truth to power. The cost of acquiring the town's approval amounted to little more than highway robbery and their requirements were for the most part ludicrously unnecessary. Nevertheless, my client was committed to the project and we persevered. Although after months of work we still haven't completed the construction, the overall design is taking shape nicely. 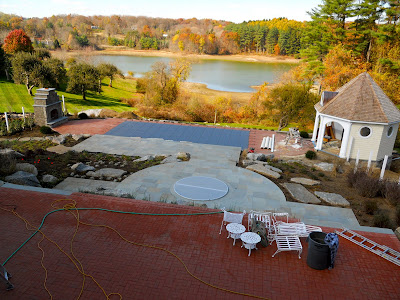 In order to mitigate the grading issue, I decided to divide the slope into four separate patio spaces joined by wide flights of stairs. At the very bottom of the pool garden a four foot high wall eliminates the need for a fence, leaving the view of the reservoir unobstructed. 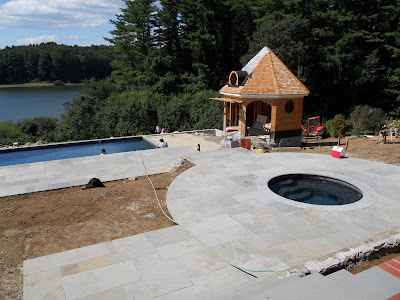 On the second patio level I installed a spa, which is quite close to the house and can be used year around even after the pool has winterized. 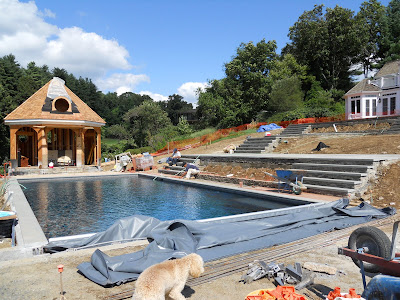 We had always intended to construct the cabana, which sits at one end of the pool and has a lovely view of the house and surrounding property. 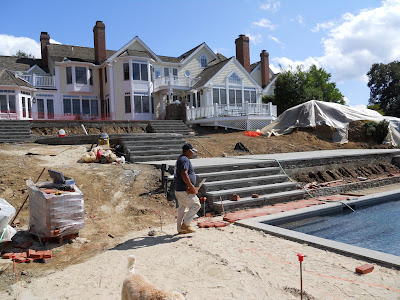 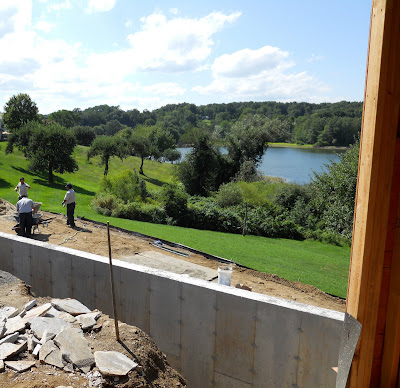 The fireplace at the opposite end of the pool,however, was a later inspiration that both nicely balances the cabana and provides a spot for gathering on cool nights. 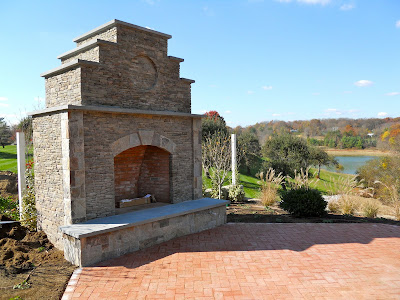 Last month I worked with a very talented backhoe operator for a few days. Together we set the forty large boulders that retain the slopes between the separate patios. The adjoining garden areas are planted with broad sweeps of low, flowering shrubs and perennials that won't obstruct the view. 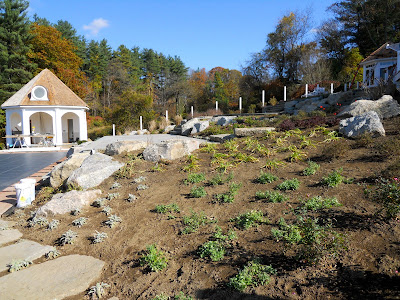 Although the landscaping may not look like much now, I'm confident that in the years to come the plantings, which are arranged in a palette of blue, white and pink, will both soften and compliment the patios and pool. 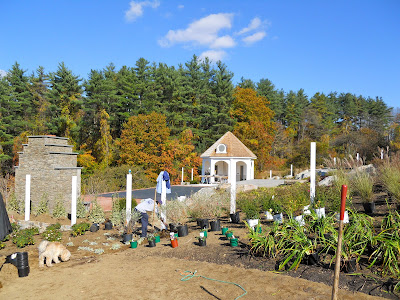 As far as the rest of the construction is concerned, we still have to install the fence, the stair rails and the lighting as well as finish both the exterior and interior of the cabana. Given last night's unexpected snowfall, I have a feeling that we'll still be working on this project next spring. I have, however, promised my client that we'll be ready for a Memorial Day party come the end of May. If by chance you were wondering about the small dog that makes an appearance in many of my pictures, his name is Puck and he's my one year old miniature Labradoodle. He's something of a mischievous fellow so I guess his name suites him perfectly. 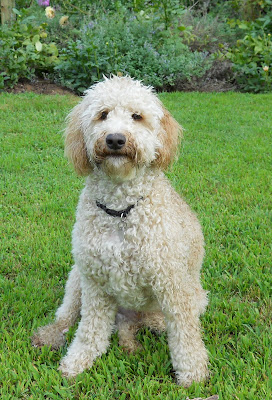 Posted by Andrew Grossman at 5:18 PM